The Sanctuary at Soledad 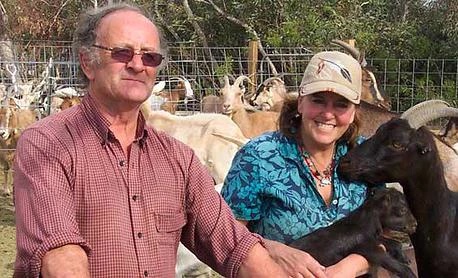 The Sanctuary at Soledad was formed in 2015 by Julian and Carol Pearce. They were a former goat dairy farm converted to an animal sanctuary and rescue. This conversion took place after they realized that using animals for profit is both unfair and unethical to the animals. The original sanctuary was located in Mojave, California.

In order to fund the sanctuary, Julian and Carol Pearce used their knowledge of artisan goat-cheese making to transition to 100% vegan, plant-based nut cheeses that were sold online and at various farmer’s markets around Los Angeles. The two were so successful in their endeavors into plant-based cheeses, that they were known nationally as well as globally for their rich taste, and similar texture to dairy cheeses. They won various awards however had to cease production in 2018 when they realized their efforts were better spent rescuing and rehabilitating more animals.

In June 2019, a financial decision was made to relocate the sanctuary to Mayo, Florida, where they had negotiated to purchase over 20 acres of large farming property. The property was an old farmhouse, so conversion to a sanctuary was easily done. The move was dangerous and unnerving but all 300+ animals were successfully relocated from the Mojave Desert to the lush, warm, green fields of Mayo, Florida.
As of 2022 they are still very active in animal rescue, and the property can be visited by appointment only.
Visit the Sanctuary’s web site.