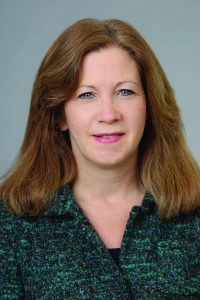 Mary Dulka is the RAP Legal Advisor. Mary has over twenty years of experience as a securities litigation attorney and practiced in federal courts throughout the country.  She handled all aspects of defending claims against banks, corporations, mutual fund advisers and directors in complex class actions and shareholder derivative actions.  She also provided strategic advice to in-house counsel and boards of directors   and worked closely with boards to investigate alleged wrongdoing within companies.

Mary started her career at the law firm Clifford Chance (formerly Rogers & Wells), and later moved to Goodwin Procter where she was promoted to partner.  She was co-head of the Women’s Initiative at Goodwin’s New York office, and created programs to develop and advance female attorneys.  She also was active in pro bono matters, such as providing immigration assistance to victims of domestic violence and working on a brief supporting a transgender student’s access to restrooms.

While building her litigation practice, Mary also nurtured her childhood passion for animals.  She spent many years supporting local shelters by socializing cats and dogs, assisting adopters, and promoting the shelters’ mission at community outreach events.

In 2016, Mary decided to leave Goodwin to focus on developing a career to help animals.  This new path brought her to the Best Friends Animal Sanctuary in southern Utah, where she worked as a caregiver for special needs cats.  The sanctuary’s unique environment enabled Mary to expand her animal knowledge of animal welfare issues through interactions with the founders and staff, attending weekly presentations about legislative and other initiatives, and doing volunteer work with pigs and horses.  She later joined the adoptions team at Best Friends’ lifesaving center in New York, where she collaborated with local rescue groups to intake and promote their animals at the center.   Mary enjoys volunteering in the kitten nursery at Best Friends and the ASPCA and learning about all aspects of neonatal care.

Mary has a B.A. from the University of Wisconsin-Madison and received her law degree from NYU.  She lives in Chappaqua, New York with her husband, Arthur Larkin, and their two rescue cats, Coco and Cinnamon.  Her daughter Catherine is in college.