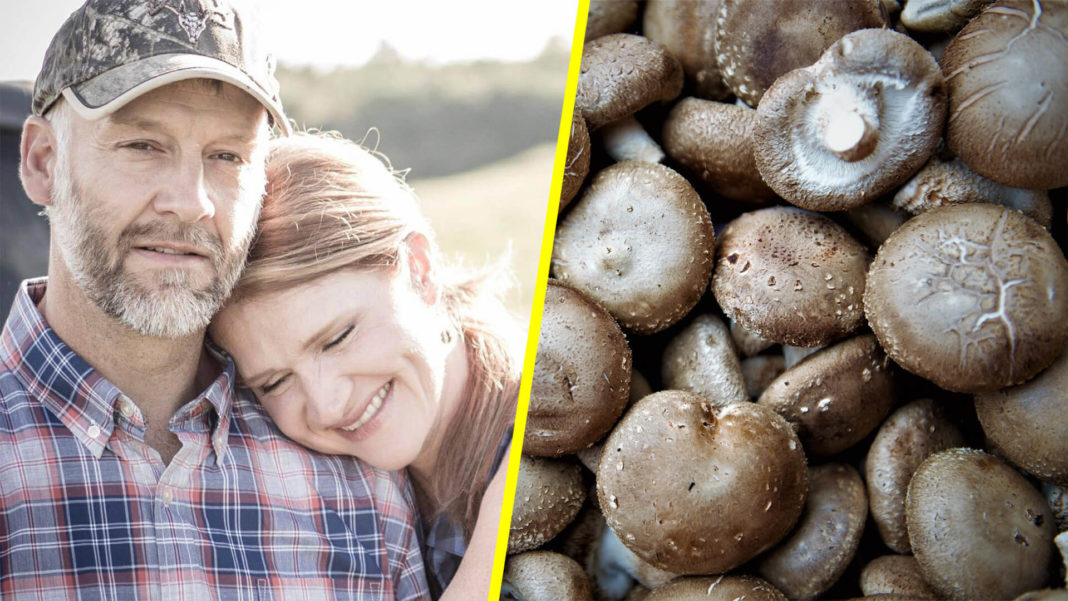 Farmers Jennifer and Rodney Barrett raised chickens and cows on their Arkansas farm for 18 years before a realization struck them. Faced with conflicting feelings over the ethics of their business, the couple left the family business behind to start their careers as vegan mushroom farmers.

Jennifer told the couple’s story in a post on Free From Harm, a platform that advocates for the fair treatment of all animals. They married in 1991 and took over Jennifer’s family farm in 1999. In 2011, Rodney was diagnosed with ulcerative colitis (UC) while Jennifer battled with arthritis, depression, and hypertension.

“I started working out and learning more about nutrition. I started to dig and question everything as my body responded to treating it better,” Jennifer wrote. In 2016, the couple adopted a three-week vegan dietprogram.

An elimination diet put Rodney’s UC into remission five years earlier and the three-week program led to new health benefits. “When that program was complete, I felt like a whole new person. My mind was so sharp and clear,” she wrote. This time around, the diet sparked a change in the couple’s conscience.

‘What We Were Doing Was Wrong’

“I’ve heard that the soul is covered by a thousand veils, and this revelation tore down many of them. I slowly started to realize that what we were doing was wrong,” Jennifer wrote.

Jennifer added that she thought she could cope with her feelings of guilt at first. But by last December, she said, “it got dark for me.”

“I started to see the chickens differently. I’d never really looked at them as individuals before, but my heart started to break when I would see their terror and suffering. Suddenly I saw them as birds, not products,” she continued.

A few months passed and Jennifer and Rodney made the decision to stop farming chicken and cattle. With the help of the Rancher Advocacy Program, a support system launched by the Texas-based Rowdy Girl Sanctuary, the couple was able to begin making the transition toward mushroom farming. The chicken coops will now be used as mushroom houses.

According to the website, the program was designed to help ranchers working in animal agriculture move into new farming practices that are sustainable and kinder to animals.

“We are still in the process of making these changes, but our hearts have been opened and we continue to evolve as we embrace our reverence for animals which was for so long repressed,” Jennifer concluded.